A battle takes place every year in Amhara, Ethiopia. The battle involves five million people, wielding shovels, axes and agricultural tools. Luckily, in this case people are not fighting each other, they are fighting their common enemy: land degradation. This five million army is mobilized by the government over approximately 30 days to work on watershed rehabilitation and water harvesting. It is mainly formed by farmers who join on a voluntary basis, organizing themselves in development teams of 30 households each, always under the leadership of the local and regional administration.

There is a strong participation of women, who are the backbone of the battle front and excellent warriors. These admirable men and women work tirelessly with their tools or bare hands every day for 6 to 8 hours, until the next day. They build terraces, soil bunds, stone bunds, trenches, ponds and many more structures. The reward for this hard work will come after the rainy season, and community resilience will build up year after year.

To encourage and entertain them, a member of the community walks around with a loudspeaker playing local music and conveying motivating messages. They also have some “local ambulances” in case someone is hurt while working. At the end of the working day, all participants gather to discuss the performance of the group, the lessons learnt and what can be improved the following day. It is breathtaking to see the level of participation and the respect for everyone’s work and opinions. 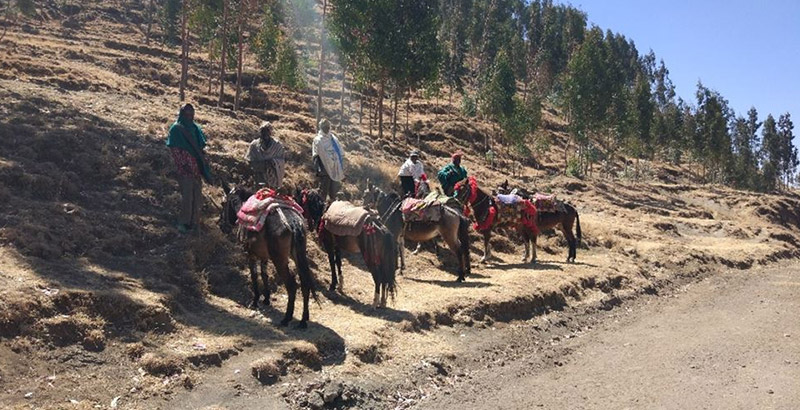 Local “ambulance” to assist individuals if they get hurt

Road water harvesting is also part of the campaign. The communities are building trenches, percolation pits, micro-basins for roadside plantations and ponds to harvest water from roads. Thanks to these interventions, land degradation from roads will be reversed, increasing the resilience of roadside communities.

Year after year, the resilience of local communities will increase and grass, trees and crops will grow where there was nothing before. In the end, land degradation will be halted and poverty will be alleviated across the region. For instance, very valuable fodder is already being produced in rehabilitated watersheds where there is no free-grazing anymore. Fruit trees, high value crops and honey are also being produced in the rehabilitated watersheds. It is a long and tough war, but the people of Amhara are winning every year a battle for resilience. 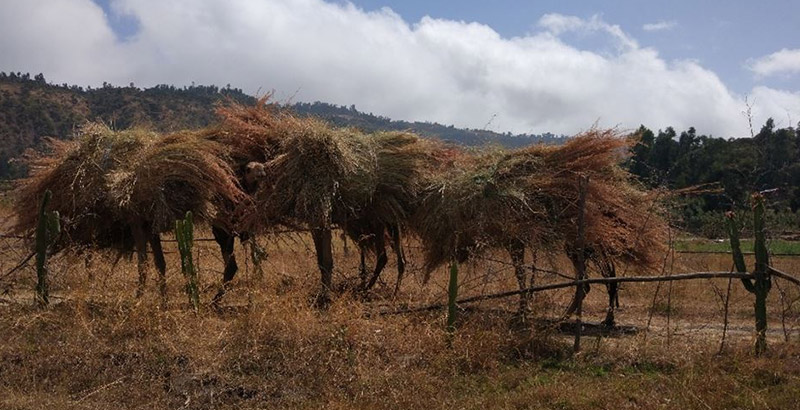 Fodder from a rehabilitated watershed