How ‘Gangavazi‘ gives communities the opportunity to build resilience through the telling of their own stories.

Bringing science and communities together through forum theatre can catalyse resilience building. The University of Exeter (UoE) and NGO S.A.F.E. worked together with communities on the south coast of Kenya to combine science with art to develop a performance called Gangavazi. The play explored the impacts of – and solutions to – extreme weather. It tasked the participating community with devising resilience strategies specific to the issues they co-directed in the play.

Professor Katrina Brown, an environmental social scientist specialising in climate change, development, vulnerability, and resilience led the team at UoE. Their collaborators on the project, SAFE Pwani, is a theatre team from the Kenyan NGO, S.A.F.E that uses cultural interventions such as theatre and traditional storytelling, song and dance to communicate complex health, social, and environmental information to local communities. They are one of the only arts organisations in Africa who use Forum Theatre, a participatory technique that encourages audiences to become part of the story and change the fate of the characters.

Ganagavazi was initially performed in ten coastal communities where people are dependent on natural resources – fishing and farming –  for their livelihoods. The community had reported increasingly unreliable weather patterns which were disrupting their livelihoods, therefore they needed to adapt and build resilience in order to survive.  Ganagavazi is based on peoples’ experiences as told to SAFE Pwani during research in the villages prior to the creation of the play.

Gangavazi tells the story of three families and the struggles they face; initially the play ends in tragedy. The audience, the community members, are then invited to participate in the performance to change the ending. 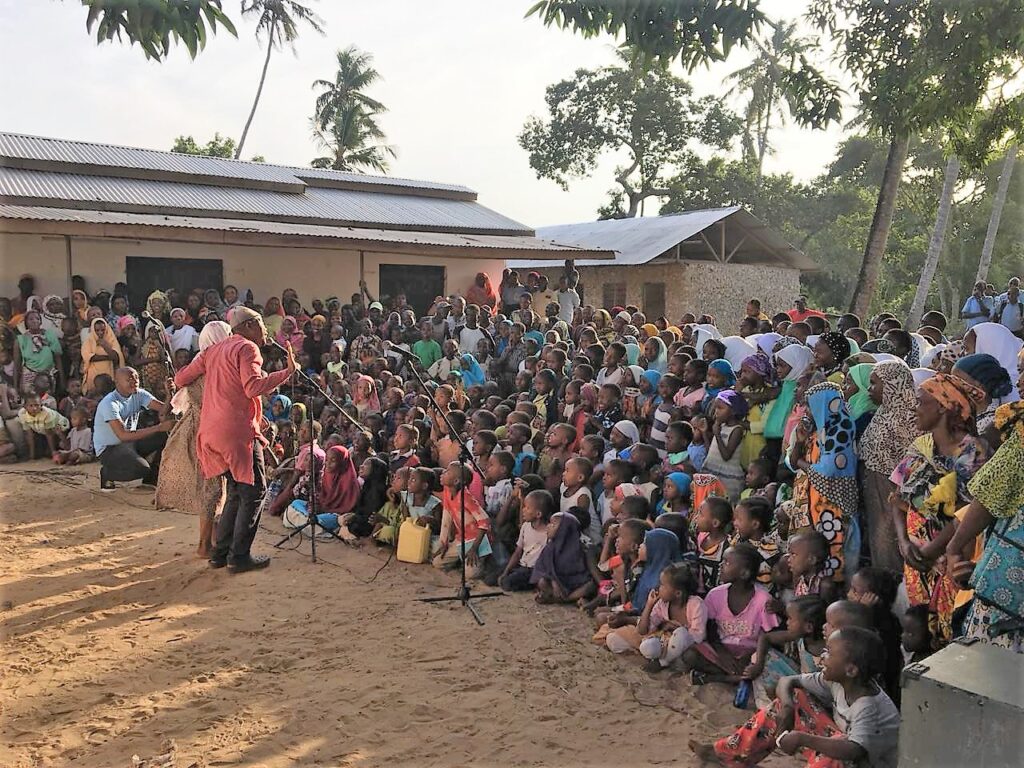 Gangavazi gives the communities the opportunity to show how they want to be represented. They can identify their own solutions and steer the play to the ending they envision for themselves. It puts the communities back in the driver’s seat. It gives them agency over their own representation.

Harith Salim, Chairman of the Vajiki Community Environment Group said “One of the most important things to us in the community is that organisations appreciate and recognise what we have achieved so far and support the development of our own initiatives”.

“Climate change interventions typically focus on its physical impacts […] this leads to physical solutions like building coastal defences. But what we heard from people in Kenya is that they need to build social cohesion and capacity by keeping girls in school. These were the things they highlighted as vital for communities to work together effectively to build resilience” says Brown.

These interventions work because they are grounded in peoples’ own experiences; they are not the views or perspectives of outsiders. As SAFE Pwani’s Project Manager David Kalume explains, “Ganagavazi is talking about their lives; you can hear them and see them …it’s like they are seeing themselves in a mirror”.

The collaboration between S.A.F.E. and the UoE combines scientific knowledge with theatre to highlight the communities own solutions and puts them in control of their representation. 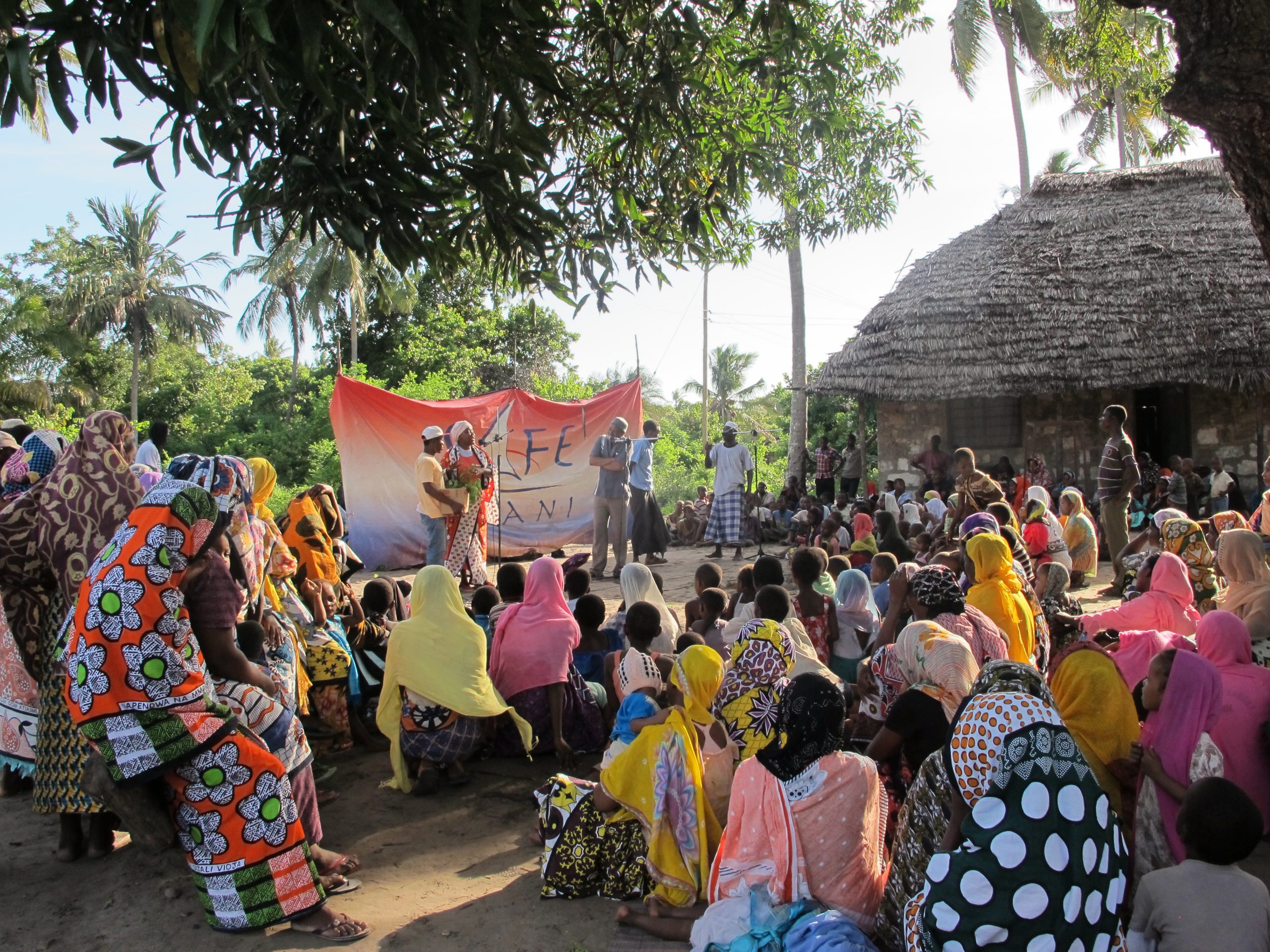 The most recent SAFE Pwani intervention made use of visioning, helping communities think about where they want to be in twenty years’ time by transporting the fictional villagers of Gangavazi into the future. Following the performance, the audience spoke of their anxiety about youth crime and drug abuse which might occur if they were no longer able to make a living out of fishing and farming. They also spoke about the threat of disease which would increase if no solution was found to the problem of plastic and other waste left within their villages. The issue of a lack of girl’s education continues to be highlighted as a reason that the community continue to experience vulnerabilities.

To combat these issues, communities have started to implement their own resilience strategies and activities. In some villages, mangrove planting initiatives had been so successful that fish species which many had feared were completely extinct had started to reappear. Encouraging progress is being made, but community led projects are not yet self-sustainable. The communities need support to turn their stories and ideas into more practical actions, putting into place long term resilience measures.