It is in many countries an unfilled gap: the availability of small means of transport in rural areas. Roads are being developed but they are not used very much. Ethiopia is an example. Recent research on four feeder roads found that they are primarily used by people walking along them. There is the occasional bus and also ‘bajajs’. The small personal scooter taxis developed in India are making their appearance on the rural roads, but it is not their natural territory as the roads are rough and often steep. But there is, however, as yet no other intermediate means of transport to plug the gap: to transport farm produce or rural supplies. If economy is the process of money changing hands, than not much is happening still in rural Ethiopia. Moving anywhere is still costly or time-consuming. There is little diversification in pursuits: not much of service sector, not much processing of produce, little trade and business. One can see it from the roads that are still empty. The reliance on a single profession (farming) arguably makes the economy less resilient.

Not so in Bangladesh, no so in Polder 31/part. Population density is high and the rural economy is frantic – with every piece of land used. Against the quiet of rural Ethiopia, there is the constant buzz and bells of bikes in the Bangladesh. Very common are the so-called ‘engine vans’ (pic below). These small means of rural transport are driven by 2-3 horsepower diesel engines and can carry heavy loads. They are put together in small local workshops. The diesel engine can also be taken out and used for other purposes: running a small rice mill or driving an irrigation pump set. They cost USD 350-400.

Another popular means of transport is the ‘Easy Bike’ (pic below). This one is found more in small towns and larger villages. They have the familiar egg-shape of the bajaj but they are two sizes larger and can carry six or eight people – making them ideal for public transport around rural towns. Moreover, these Chinese inventions run on electricity. An ‘Easy Bike’ will cost approximately USD 1100. 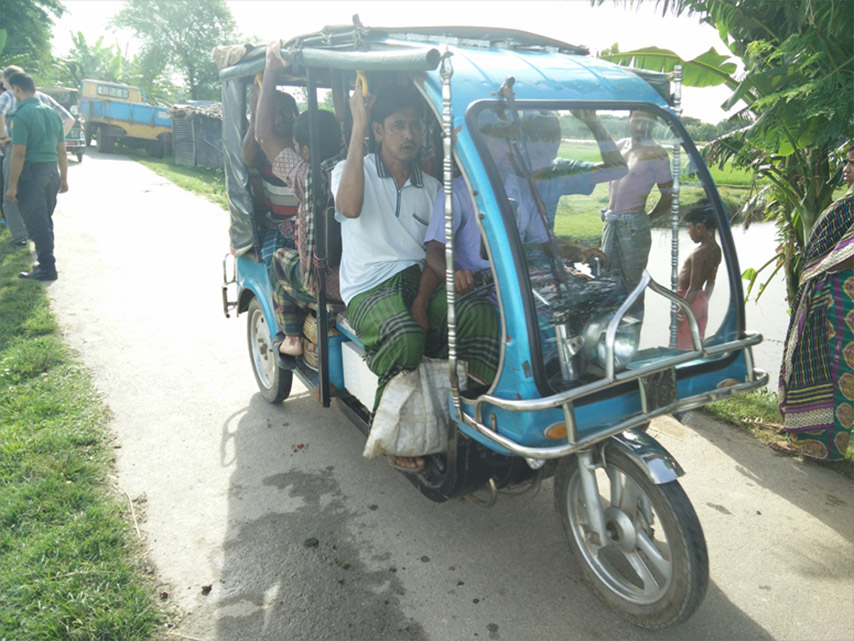 However, the most spectacular form of rural intermediate transport is the electric rickshaw (pic below). For hundred years man-operated rickshaws bicycles dominated the scene in villages and towns. They were the emblem of poverty – men exploiting their own labour to the maximum, finding it impossible to move out of the poverty trap. 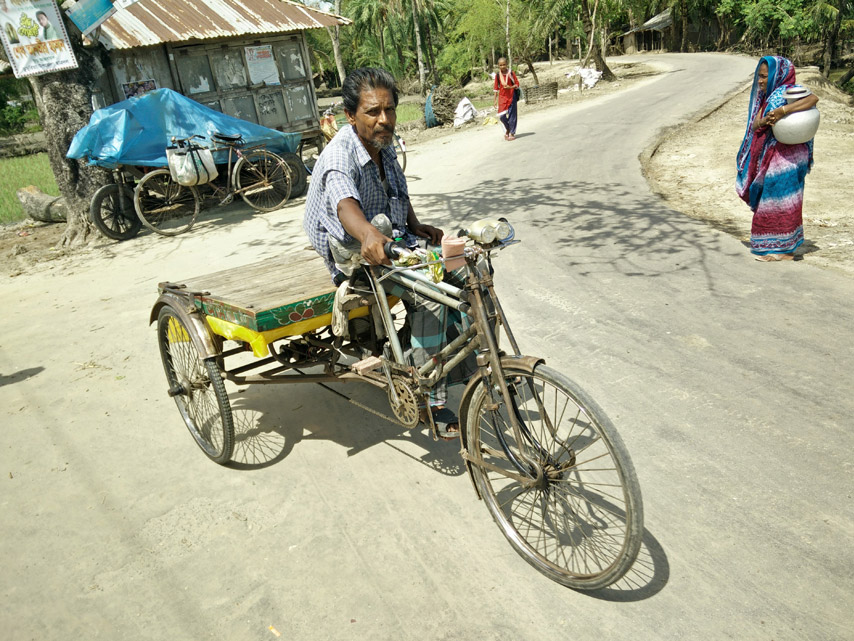 But this has all changed and more and more rickshaws are converted in small rural Teslas. They have an electric battery fixed underneath them that is recharged regularly in local shops. The ubiquitous manual labour is being replaced with small electric engines. It all started five years ago. Superficial counts in Polder 31/part show that the majority of rickshaws has already turned Tesla. If anything, this is real change, real revolution.